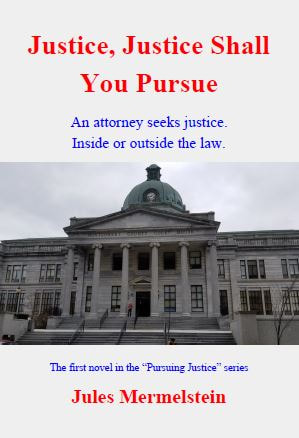 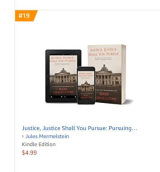 Justice, Justice Shall You Pursue

As described by Book Trib: "Meet Joshua Frankel, a defense attorney who knows firsthand that truth, justice and the law do not always align, and is willing to step outside the law in pursuit of justice. In this first book of a new series, Frankel’s case is that of a wealthy widower who claims he is being framed by the NSA for the murder of his wife. It seems a bit far-fetched to Frankel, but it’s up to him to figure out the truth — a task that, as it turns out, will put him and his team in grave peril. Throw in some international intrigue and government corruption, and you get a thriller from the dark side of the legal system full of tension and danger that will keep you guessing — and turning pages — until the very end."